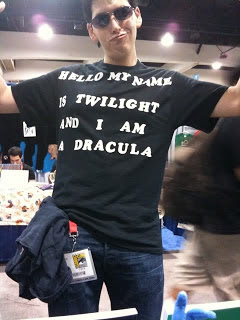 So I decided to lame up my blog a little bit more by writing about THE STAR WARS.  Hey, at least I am not writing about THE STAR TREK or THE DOCTOR WHO.  Give me some credit.  I'm a geek not a nerd.  There is a difference you know.  It has been a long time since I have been excited to hear any news about a new STAR WARS movie.  The older I get the more I dislike the "Special" editions of STAR WARS with all the extremely unnecessary cartoon special effects.  The less said about the Prequels the better.  Now with creative control out of George Lucas's hands I find myself intrigued with what may come from a fresh perspective.  Hopefully someone who actually understands STAR WARS will take control and lead us into a new golden age of STAR WARS merchandise gooblety-gook.  If you ask me I think that "someone" should be Mr. Plinkett from RedLettermedia.com.  Watch his review of Episode III and you will know what I mean.

I grew up with the original unaltered STAR WARS trilogy.  These were perfect films for which all special effects heavy movies were judged by.  The original trilogy looked more realistic than the prequels in the special effects department.  I loved STAR WARS.  Strangely during my Jr. High days there was a brief time when I thought of STAR WARS as being too childish after indulging in highly violent science fiction rated R movies like ALIENS, TERMINATOR and PREDATOR.  But after playing SUPER THE STAR WARS on the Super Nintendo I quickly realized that I still loved the series and found a place in my movie collection of VHS tapes to keep the original trilogy.  At first I wasn't opposed to Lucas jacking up the originals with new enhanced special effects.  I thought at the time he new what he was doing.  How naive I was.

I have THE STAR WARS on DVD.  They are the enhanced versions with the original cuts of the films as bonus features which as you all know is pure blasphemy and an absolute insult to the franchise itself.  I watch the bonus feature versions only.  I still haven't bought them on blu-ray hoping beyond hope that one day the originals will be put out without the horrible contradictory alterations.  With Disney buying Lucasfilms that hope has been made more assured.  Surely in the interest of making more money Disney will release the originals.  It just makes sense.  Make the fans happy.  More importantly make me happy, dang it.  I am one of those guys that thinks that if it didn't happen in the original trilogy it didn't happen at all.

The Prequels......Well, I will be honest.  Originally I liked the prequels.  I was entertained.  I like space ships light sabers, lasers and junk.  It was fun.  The fact that they made the hardcore nerd-Os upset made them all the more appealing.  But I couldn't help thinking that something was amiss.  I remember watching Episode I and being disappointed with the general outlandish creature designs that permeated the entire film.  I though that was Lucas being a dad now and having to make things more kid friendly.  I forgave the film for being too kid friendly also excusing the bad acting and wooden dialogue.  But I was continually confused by what was going on in the film.  Who should I be rooting for?  Characters and concepts were mentioned throughout the prequels without further explanation leaving me wondering what was going on.  I figured that I didn't know that much about THE STAR WARS and fully expected the films to later on explain either in the movie I was watching or in the continuing sequels.  They didn't.  Think about it.  What exactly is a Sith?  They are beings who mastered the dark side of the Force, right?  So how is it remotely possible to make them extinct in an ever expanding universe with zillions of beings that could have the Force?  I waited for explanation as to what a Sith was and got no answers whatsoever.  I thought it was me who didn't understand THE STAR WARS.  Thanks to Mike Stoklasa with his STAR WARS reviews at Redlettermedia.com I learned that it was Lucas who didn't understand the STAR WARS universe not me.

What I hate most of all is that STAR WARS has become THE CLONE WARS.  Most of the box art for the merchandise and most of the toys are designed CLONE WARS animation style.  STAR WARS isn't just for kids......Well, maybe the toys are even though more adults buy them for themselves than kids do.  Maybe that makes sense.  I guess the originals are too boring for today's younger audiences even in the art department.  Sad.

The future for now looks bright for STAR WARS but don't be surprised if it gets jacked up right away.  This time it won't be from Lucas.  No, this time it will be because of the Nerd-Os.  Here are a few things I don't want to see in the future sequels.  A couple of things I fully expect because when it comes to sequelizing movies from the eighties studios have a tendency to reuse all too familiar iconic images and lines.

1.)  I don't want to see that Bobba Fett is still alive after being hilariously dispatched on accident by Han Solo.  The character is dead and digested.  I don't want to find out that his jet pack started working again and he was able to fly out of the Sarlac Pit.  That would be stupid.  But the Nerd-Os think he looks cool and badass so just based on looks he will probably return for the sequels which would make the sequels look stupid.

2.)  I don't want to see a Sith running around with a light saber.  Sith probably use guns or Force powers and stuff.  The Emperor in RETURN OF THE JEDI called it a "Jedi weapon".  End of story.  I know light sabers look cool but that doesn't mean we need another Darth Maul like character running around with some kind of jacked up cool looking sword for the sake of looking cool.  A sword in the STAR WARS universe is a defensive weapon.  Defense requires patience which is not necessarily an attribute associated with being a Sith.  Dark side of the Force is quicker but not more powerful.  Vader used one because he was a Jedi at one time.

3.)  I don't want to see Tatooine or any other familiar places from the previous films.  It shows a lack of imagination on the part of the creators to take a universe and make the story take place on the same old planets over and over again.

4.)  No cutesy Jar-Jar type characters or C.G.I. animal tag along characters.  Let these films be for grown ups not kids just to make a lot of monies from selling toys.  The story needs to be intelligent and imaginative without being hindered by forced comedic relief or cutesy small furry animals mugging up the screen time.  Don't pack the screen with a bunch of cartoon characters just so you have an endless source of action figures to create for your toy line.

6.)  Silly, childish creature designs.  I don't want to see two headed announcers or multiple Jabba the Hutts.  I want to see puppets and lots of them.  I don't want cartoons in my STAR WARS movies.  The more realistic the aliens are the more believable the environments are the more engaged the audience becomes.  And no more acting in front of a green screen the whole time either.

I am sure there is more junk I could list but I will stop it there.....for now.  I just wanted to let everyone know that I am excited about THE STAR WARS once again and will be reading just about anything I can when it becomes available.  Hopefully they treat the next three like they did with the LORD OF THE RINGS movies.  Maybe they can get Peter Jackson to direct the next trilogy as well.  There is no doubt that the talented director would bring the series out of the abysmal state that the STAR WARS movies are currently in.  Until the first movie comes out all we can do is hope for a better future for the franchise.  I will probably write a little bit more in the future about THE STAR WARS.  I have a thing or two to write about the prequels but we will see.  For now let us all be thankful that Lucas does not have full creative control on the STAR WARS universe.  Amen.

Oh, and I don't want to see Darth Maul return somehow alive walking around in robo-pants.

Jason
Posted by Jason at 3:52 AM No comments: