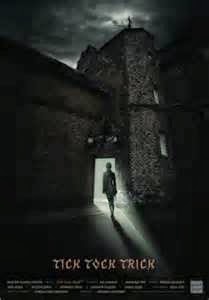 Here is a really cool trailer for an extremely gothic horror movie TICK TOCK TRICK.  The trailer paints a highly moody dark atmospheric ghost story.  The whole thing looks pretty amazing.  Decide for yourself, folks.  Click on the links below and be sure to follow them on the facebook if you are interested and as always spread the word.  We need to make sure the good horror movies are getting the attention they deserve.  TICK TOCK TRICK looks like one of those movies.  Be sure you go to their website.  You won't be disappointed.  Very spooky.

Jason
Posted by Jason at 8:46 AM No comments:

GHOUL: THE MOVIE belongs on LIFETIME not CHILLER. 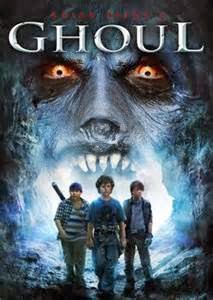 Judging by the commercial and DVD cover of GHOUL from CHILLER FILMS I was expecting a fun type horror movie about three boys running around having adventures like THE GOONIES building a club house near a cemetery and having to deal with the title monster that lurks nearby.  Instead what I got was a movie about child abuse and child molestation.  I am dead serious, folks.  This movie has almost nothing to do with horror.  It plays out more like a really bad worse than usual Lifetime Original Movie and you know how much we all love watching those.

GHOUL is a misguided mess.  It advertises itself as a horror movie but when you sit down and watch the bland thing you will realize that this movie is spending a vast majority of its time dealing with the three main characters personal dramas.  The main kid's grandfather just died, his best friend is being touched inappropriately by his own mom and his other best friend is constantly being beat by his father.  That is pretty much the whole movie.  Every now and again a scene will pop up dealing with a creature that kidnaps girls and seems to be helped by one of the boys fathers but those scenes are few and far between and seem out of place with the rest of the film.  When you think that the movie couldn't get any more uncomfortable we are force to sit through a story about some guy whose wife went crazy and drowned her two infant boys and then committed suicide.  Eventually you do get to see the "ghoul" finally attack someone which leads you to immediately realize that there ain't no monster at all.  It isn't hard to recognize that it is a guy in a gillie suit posing as a monster.

That's right!  There is no monster.  The movie does it's best to make you think that there is a monster even going so far as to cram in a scene with a priest explaining to the main kid that some broken symbol on a busted up tombstone is suppose to keep the "ghoul" away but we already know that there ain't no ghoul so the scene has no point.  There are a couple of scenes or moments that don't seem to add up to anything important.  The main kid's grandfather leaves him a present in his club house and when the kid finds it he decides he is going to open it later.  What kid on the face of this earth would wait to open a present when he could open it now!  Then when he does open it he is delighted that it is a knife and then we never see it again.  Maybe the kid used it at the end and I just missed it but I don't think so.

By the end there is almost no resolution to these kids' problems.  The so called monster dies and then the movie just ends.  If the movie was suppose to be more about these kids' personal problems shouldn't the movie go on until a reasonable solution is reached for all of them?  GHOUL is suppose to be about children losing their innocence and their imaginations to the monsters of reality.  If the movie focused more on the kids investigating the creature and learning at the end that it was just a man in a gillie suit then this could have been a not too bad film.  Instead GHOUL pushes the drama to unpleasant in your face levels that ruins any fun or enjoyment the basic material could have provided.  Watch MONSTER SQUAD instead.